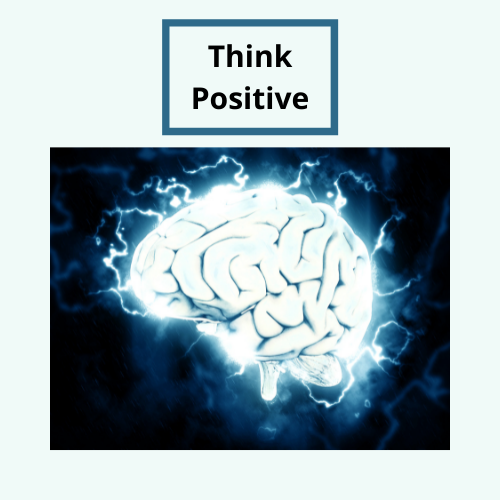 How we think influences both our emotions and behaviors. If we have the tendency to think negative thoughts we may be more inclined to engage in harmful behaviors. Similarly positive thinking can lead to healthy behaviors. The therapeutic modality called Cognitive-Behavior Therapy focuses on changing thought patterns to encourage healthy behaviors. Before changing your thought patterns it is helpful to identify common thinking errors (AKA cognitive distortions or maladaptive thinking.

Thinking in absolutes such as “always,” “never,” and “every.” There is no grey area between two opposite truths. Someone who engages in all-or-nothing thinking may not be able to recognize that they can be mad at someone and still love them. They may not realize it is possible to practice productive rest. Examples include:

“I never do anything right”

“Every time I ask for help, you tell me no”

“She never listens to me”

Taking one instant or event and making broad interpretations from it. This thinking errors can often lead to all-or-nothing thinking. For example someone may freeze up during an exam and conclude they never succeed at anything they try. Another example includes someone fumbling over their words during a speech and concluding they are the worst at public speaking. Overgeneralization happens when an event holds more weight than necessary for a negative belief.

Exaggeration or blowing things up

Giving a thought, feeling, or event more importance than it holds. A single mistake may be deemed the worst catastrophe ever. Examples include getting a single stain on your shoe and deeming the pair unwearable. Someone is unable to meet up with their friends as planned and decides their friends are horrible people. Forgetting to put the milk back in the fridge and concluding they are the worst spouse and/or child ever.

A form of exaggeration that can sometimes lead to paranoia. Catastrophizing is an anticipation of the worst possible outcome. This thinking errors can include worrying about a loved one when you have trouble getting in contact with them. “He didn’t answer my call, he must be dead.” Another example includes someone ignoring a call because they are worried it will lead to an argument.

The opposite of exaggeration, minimization involves giving less significance to an event, feeling, or thought. Examples include telling someone “fine” after a bad day or when someone feels hurt, angry, or sad and insists it’s “no big deal.” Minimization can be a form of lying to ourselves about our feelings, including positive ones. For example, someone may state they felt happy for a second, but discount it because they are “always sad.”

A form of minimization that involves discounting positive events or traits. Examples include:

“I know I’m a nice person, but isn’t everyone”

“Scoring a goal doesn’t count when the team lost”

“So what if I’m caring; no one else seems to care.”

Mental filter or Ignoring the good

Filters influence how we interpret and understand events around us. A negative filter can cause us to interpret most events in a negative light. For example someone gives a gift and it is interpreted as an attempt to buy friendship. Someone with a negative filter is unable to acknowledge positives. Another example includes someone getting a raise and assuming it’s only the result of office politics.

Taking a single mistake or mess-up and turning it into a defining characteristics. Instead of staying “I made a mistake” someone will say “I am a mistake.” More examples include:

It’s “you are a loser” when “you lost the game”

“They’re embarrassed by me”

Making an assumptions about the future without sufficient evidence. This thinking errors is different than making a prediction in that the assumption is stated as factual. It is the equivalent of saying “I know without a doubt that [fill in the blank] is going to happen.” While there is wisdom in taking precautions against potential events, it doesn’t mean we shouldn’t be open to the possibility of a different outcome. Examples include:

“Nothing will ever change”

“No will listen if I ask for help”

Also known as feelings as facts, emotional reasoning is when our emotions are interpreted as factual. While emotions are a source of information and assist with communication they are not always accurate to reality. Examples include:

“You are a bad friend because I feel hurt”

“I feel scared, so I must be in danger”

Should Statements or Unrealistic expectations

Setting unachievable goals often couched in the form of a “should statement.” Perfectionism is a good example of the dangers of “should” statements. While certain expectation can push us to thrive, unrealistic expectations can raise feelings of inadequacy We may place unnecessary pressure on ourselves to follow through on a “should” statement

Taking responsibility for something outside of our control. The fact is we are not responsible for other people’s emotion, thoughts or behavior. Although we can influence others there is a point at which they must take responsibility for their decisions. An example of personalization includes when someone blames themselves for a family member being depressed.

In contrast to self-blame, other-blame is when we do not take responsibility for our thoughts, behaviors, and emotions. Instead, we hold others responsible for our feelings and behaviors. This may include someone who refuses to acknowledge how they may have contributed to a conflict. Examples include:

“Look at what you made me do”

“It’s your fault I’m so messed up”

“You never let me leave this relationship”

The belief that acts will influence unrelated situations. Magical thinking can present itself in a number of different ways. One example includes the belief that someone is protected from experiencing negative consequences, such as a chronic smoker who believes they will never get lung cancer. Another example includes the belief that thinking positively always results in a desired outcome, such as someone who believes they will get a job offer because they thought three positive affirmations before an interview. More extreme forms of magical thinking present as delusional beliefs, however there are still more subtle forms of magical thinking, including the belief that good things happen to good people.

“We demolish arguments and every pretension that sets itself up against the knowledge of God, and we take captive every thought to make it obedient to Christ”

You may have noticed some overlap between these cognitive distortions. It is rare for these thinking errors to exist exclusive to one another and overlap is expected. However it can help to isolate and target a specific thought pattern you may want to start challenging.

Cognitive Distortions and Thinking Errors – How can CBT Help from KlearMinds

I'd love to hear your thoughts and questions. Comment Below or email me at holisticambassadors@gmail.com Cancel reply

The Power of Vulnerability – A Review