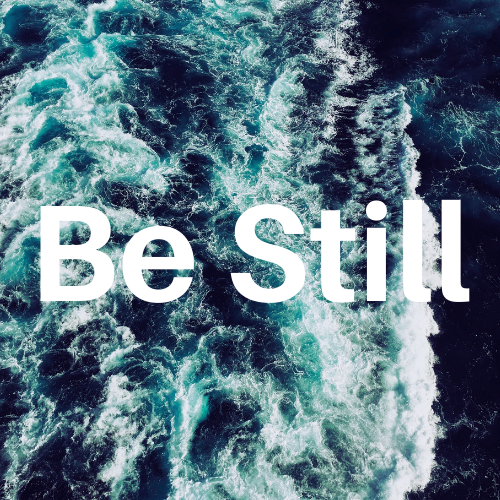 Be Still and Surrender to God

When our world begins to fall apart and the “mountains fall into the sea” (Ps. 46:2). When we are faced with troubles and the waters begin to roar, where does our help come from? Psalm 46 provides the answer: God.

Today I want to ask a different question: How receptive are we to God’s help?

I confess that it is not my first instinct to seek God’s help when faced with a challenge or hardship. My first instinct is to solve the problem. I will do everything in my own power to charge through and eliminate the problem. The result is often a messy solution and a whole lot of unnecessary stress. A closer look into Psalm 46:10 provides a different solution.

The Hebrew phrase for “Be still” can also be translated to “Enough!” A similar phrase is used by Samuel when he rebukes King Saul for being disobedient to God’s instructions (1 Samuel 15:16). In 1 Samuel 15, God instructs King Saul to destroy the Amalekites and everything that belongs to them. Instead Saul plundered the city and kept the best goods for himself. The consequence is that God rejects Saul as Israel’s King.

God had enough of Saul playing the role of god and calling his own shots.

Saul was no longer in a position to receive God’s help because he had been unwilling to surrender to God’s will. In contrast to Saul, there is the image of Jesus in the Garden of Gethsemane demonstrating what it means to practice total submission.

“Father, if you are willing, remove, this cup from Me; yet not My will, but Yours be done.”

Jesus sought out God’s help prior to the trial he knew was coming. Instead of rushing ahead and following his own desire to escape the cross, Jesus sat alone with His Father. Jesus brought his requests to the Father. He struggled to submit to the Father’s will, however was ultimately strengthened by the time spent in prayer.

The time spent in prayer or “being still” is what enabled Jesus to willingly endure the most brutal humiliation and death. Through Jesus’ sacrifice God’s will for death to be conquered was achieved.

Returning to Psalm 46:10, the image of being still is accompanied with the exclamation that God will be exalted among the nations. He will be declared to be the only God. All will submit to His rule and will. It is a call to surrender. A call to stop running around trying to solve our own problems, but rather to surrender to the only One who can save.

What Does “Be Still and Know that I am God” Really Mean? from crosswalk.com