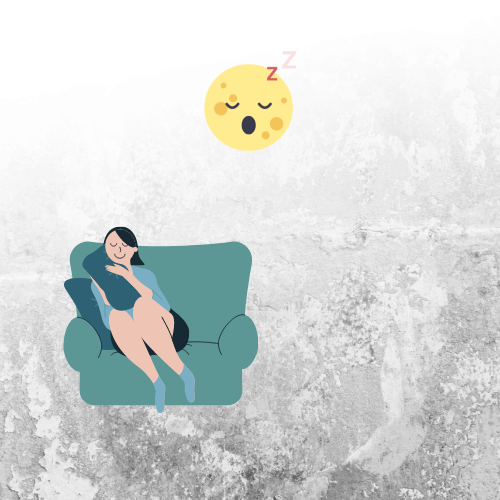 8 Examples of Rest from Jesus

Throughout the Gospels there are brief examples of Jesus going off on his own to rest or pray. These verses can easily be overlooked amid the narratives of miraculous healings, debates between Jesus and the religious leaders, and the anticipation of the cross. However, they are just as important to the overall story. Continue reading for an overview of eight examples of rest and what they help teach us.

A Time to Grieve

“When Jesus heard what had happened, he withdrew by boat privately to a solitary place.”

The news Jesus heard in this passage was that his cousin, John the Baptist, had been beheaded by King Herod. Anyone who has experienced grief, knows there is the initial shock of disbelief and confusion at hearing the news. Realizing that he would never again spend time with John on this earth again, Jesus withdrew to be alone and grieve the loss. In fact he does it again in verse 22, after being interrupted by the crowds. It is important to set aside time to process through and recover from a major loss.

Prayer as a Priority

“Very early in the morning, while it was still dark, Jesus got up, left the house and went off to a solitary place, where he prayed.”

The passage states that Jesus got up so early that the sun hadn’t even risen. This is an example of Jesus making time for spiritual rest first thing in the morning. He didn’t want the day ahead of him to take away his time with the Father, so he prioritized this alone time above sleeping in a few minutes early. He even left that house to ensure there would be no distractions during his time of pray. Prioritize a few minutes each day, whether late at night or early in the morning, to spend time with God.

“Leaving the crowd behind, [the disciples] took him along, just as he was, in the boat.”

One of these examples of rest demonstrates the importance of setting healthy boundaries. Almost every day, Jesus would find himself surrounded by a crowd waiting to hear his words of wisdom. In verse 35, it states that evening had come. Jesus had probably spent most of the day preaching and decided to take a break from the crowds. Jesus set a boundary by leaving the crowds behind and stepping into a boat where they could not follow. Sometimes it is necessary to tell people no, so that we can have time to recharge our intellectual, physical, or emotional batteries.

“Then, because so many people were coming and going that they did not even have a chance to eat, he said to them, ‘Come with me by yourselves to a quiet place and get some rest.’”

The day had been so busy that neither Jesus nor the disciples had even had the chance to get a bite to eat. Jesus recognized that rest and food were in order. He could have left the disciples to handle the crowd on their own, but knew the disciples would benefit from a time of rest as well. He encouraged the disciples to follow his example of rest and get some much needed quiet time. How can you provide a similar example to those who are under your supervision or care?

“ After leaving them, he went up on a mountainside to pray.”

As you may have noticed, most of these passages make reference to Jesus going off by himself to pray. Sometimes we may be hard on ourselves for doing “nothing” and not being productive with our time. However rest can be productive, as demonstrated by prayer. It allows us to step away from the craziness of the day to be recharged by the Source of All Life. It’s productive because it enables us to be encouraged and prepared to tackle the day. What activities or practices help you to recharge and conquer the next item on that to-do list?

“But Jesus often withdrew to lonely places and prayed.”

Jesus didn’t step away from the crowds once in a blue moon. He didn’t wait to be at the end of his rope, instead he made a habit of it. He did it often. It was part of his daily routine to spend time with his Father and withdraw from the crowds. Doing so would have prevented him from burning out. This enabled him to follow through and complete the tasks ahead of him. There is a reason we were created to sleep at least 6 hours every 24 hours. We need routine rest.

‘One of those days Jesus went out to a mountainside to pray, and spent the night praying to God.”

After spending the night in consultation with God, Jesus called his disciples to him and chose 12 apostles. It would not surprise me in the least to discover that Jesus was having a conversation with the Father about who to select as his apostles. Before jumping into a big project or making a life changing decision, it can be beneficial to spend time in reflection. Allow yourself to slow down and consult with God. It will provide clarify about what those next steps will be and you can feel reassured and rested for the task at hand.

“Jacob’s well was there, and Jesus tired as he was from the journey, sat down by the well. It was about noon.”

Jesus was walking through Samaria to get from Judea to Galilee. He had probably spent all morning walking and had reached his physical limits for the time being. He needed a moment to sit down and get a drink of water. No human, Jesus included, has unlimited physical capacity. There are physical as well as psychological benefits to rest. Doctors require rest following surgery for a reason. The best part about this example of rest is that it resulted in Jesus meeting the women at the well and through her an entire village was saved. Rest is not a waste of time. In fact it could provide an unexpected opportunity for good.

In conclusions: As Christ Imitators we should follow Jesus’ examples and schedule in consistent time for rest and prayer.

Jesus Took Time off Too from Just Between Us